I am in Svalbard, north of Norway, waiting to board the Stockholm for a week of sailing to the arctic ice pack.  There are ten other photographers on the trip and our goal is to photograph polar bears in this unique setting.  I have always wanted to photograph a polar bear floating by the boat on a small piece of ice, in great light and with a polar background.  I came close to my ideal image in 2013, but am back to see if one last time it can happen.

To my surprise, as I am traveling, I received an email from the expedition company in Australia, Aurora Expeditions notifying me that an image I submitted to their annual contest was selected as first prize.  The contest comprises entries from all the expeditions they run during a calendar year.  It happened to be one of my favorites from South Georgia Island: 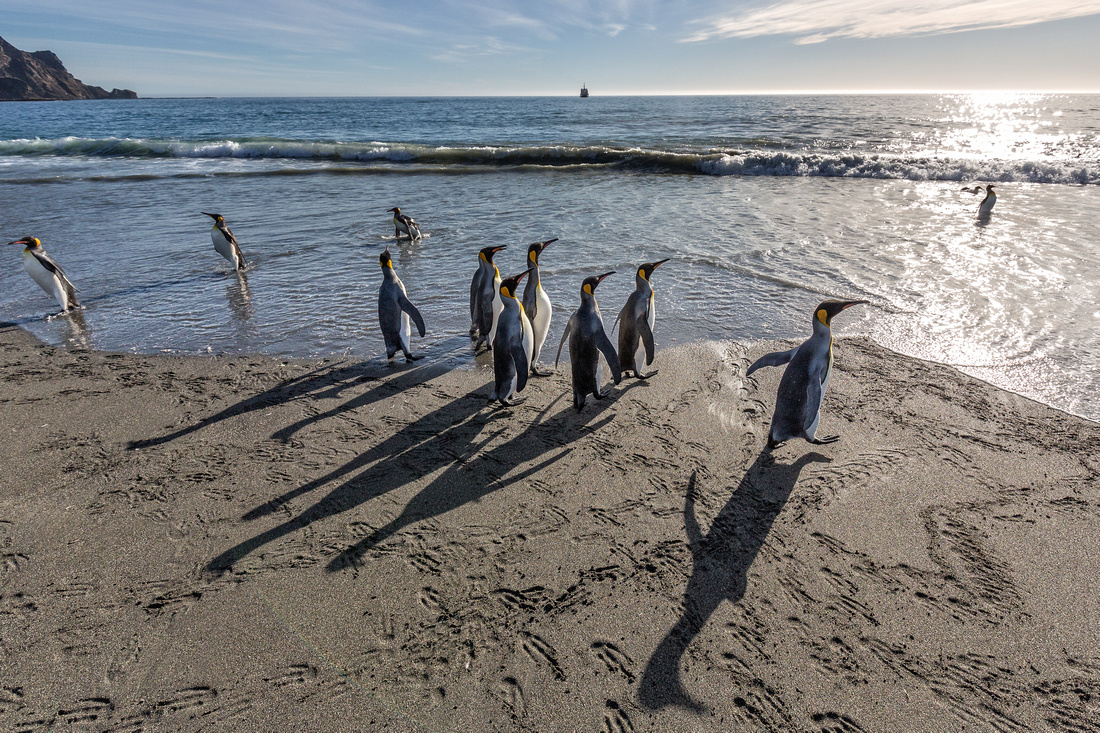 With the Polar Pioneer way in the background it is an early morning image of a bunch of king penguins as they approach the sea for their morning fishing.  The shadows captured my eye and I liked the early morning story it tells.

Here is the announcement from Aurora"

"The overall winning image went to Michael Johnson’s “Penguin Shadows” taken at St. Andrews Bay, South Georgia in November 2014.  Michael has won AU$1000 worth of photography vouchers for his winning image. This is what our judge, James Ostinga, had to say about the photo:

“There's something about the grouping of the penguins in this image that tells a story. It's as if the little guy on the right is off doing his own thing – a dance perhaps? – while the central group looks on with a mix of curiosity and, maybe, a touch of disapproval. The lighting is interesting too. Shooting into the sun can be a great way to give your images a different look and it's an effective technique here. I love the penguins' shadows in this image. It might be worth experimenting with a tighter crop to emphasize the penguins and their shadows.”