My new monitors didn't want to cooperate with my new MacPro.  So, after several exchanges with NEC support, and a series of adjustments, I was able to get them to cooperate.  Here is the story:

How to make your NEC Spectraview monitor sleep and wake up with your 2013 MacPro.

I have a new MacPro.  It replaced a 5 year old MacPro with dual 30” cinema displays.  My configuration, for those with the technical itch is:  6 cores, 64 gigs of OWC memory, 1 TB SSD and dual video cards.  It connects to several drives via thunderbolt for data storage.  At this point I have a little over 6 TB of data.  The main drive is a Promise R2 8 bay raid unit with 32 TB of storage.  It is configured in raid 5 so effectively there is 28 TB available.  The primary data backup unit is a Promise R6 with 20 TB of raid 5 capacity.  I use Synchronize Pro X to manage my backups.

I purchased two 27” NEC multi sync PA272W monitors with the spectra view II profilers.  I really like the color and detail of the monitors and, with the included colorimeters and software, updating a monitor profile amounts to a couple of clicks.

But, describing my system isn’t the reason for this post.  I have been bugged by a problem since the new Mac arrived.  That is, no matter what I tried, I couldn’t get the monitors to sleep and wake up as they should.  So, I sent a request to NEC support.  Their first response was that it is a known problem with Mavericks, and their technical folks were working with Apple to determine the fix.  OK, I can understand and was willing to wait since the inconvenience amounted to turning the power on every day or leaving it on all the time.

But then something you don’t see everyday happened.  I got another email from Cody at NEC support with some instructions to try in the monitor settings controls.  I set them the way they specified and it didn’t solve the problem.  So, the next day they gave me one more setting to change and, to my surprise, it worked.  Now they behave the way they should, sleeping when instructed to and waking up when I wake the Mac up.

So, in case you are interested, here are the instructions: 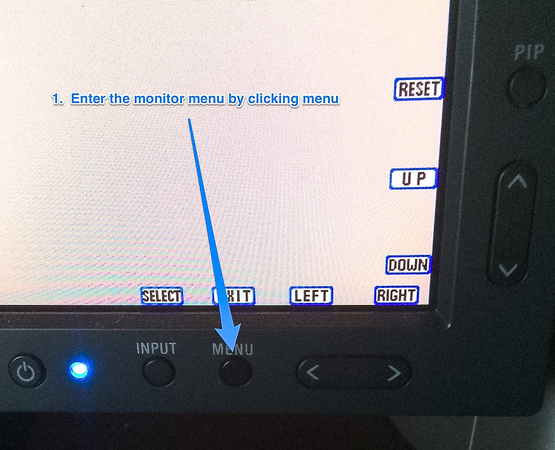 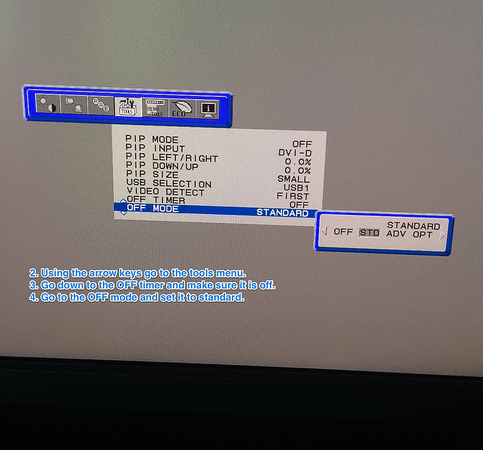 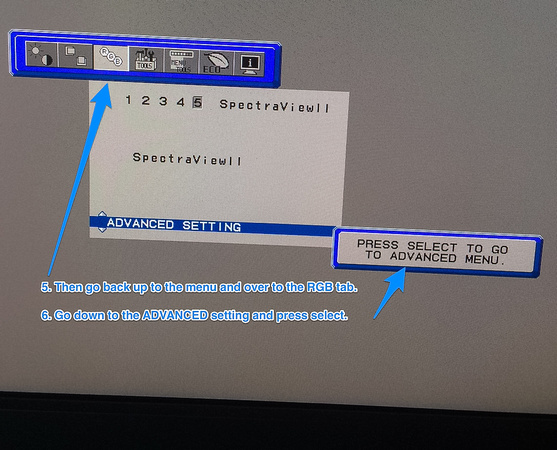 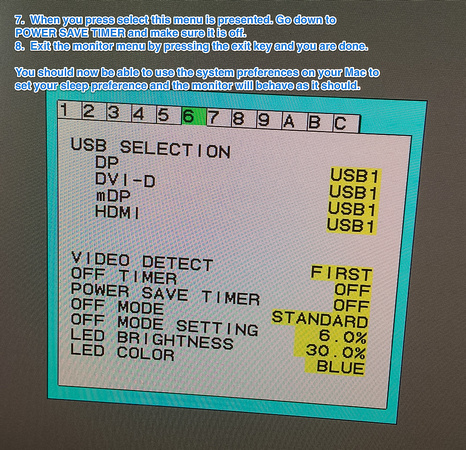