One of the most thrilling experiences in Africa is watching one of the big cats hunting.  The climax, of course, is the kill.  At first, you feel uneasy about watching one animal kill another.  But, after you have been in Africa long enough, you realize that it is merely the circle of life acting out in front of you.  In our "civilized" world, these activities also take place on a massive scale, but we are sheltered from the actual act.  So, having this understanding, watching the hunt and experiencing the expertise and instincts of both predator and prey is one of the most thrilling and interesting things to observe in Africa.  It really is a wild place at its base level.

On this day in Kenya, we were following a Cheetah mother and her older cub as they were scouting for dinner.  We had an idea that they would hunt as the guides thought they hadn't eaten in a couple of days. 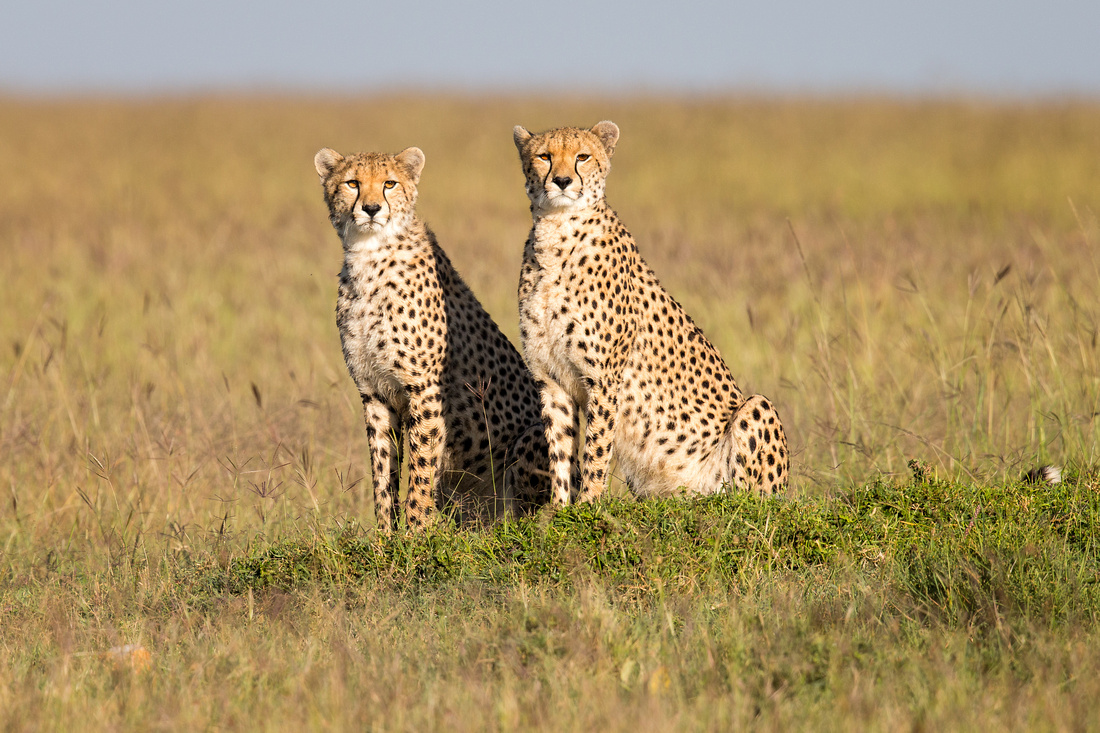 They would stop on higher patches of land, survey the landscape looking for prey they could catch and kill and then move on.

This went on for some time until, all of a sudden the mother makes a noise for the cub to stay put and takes off down the hill headed towards the river. 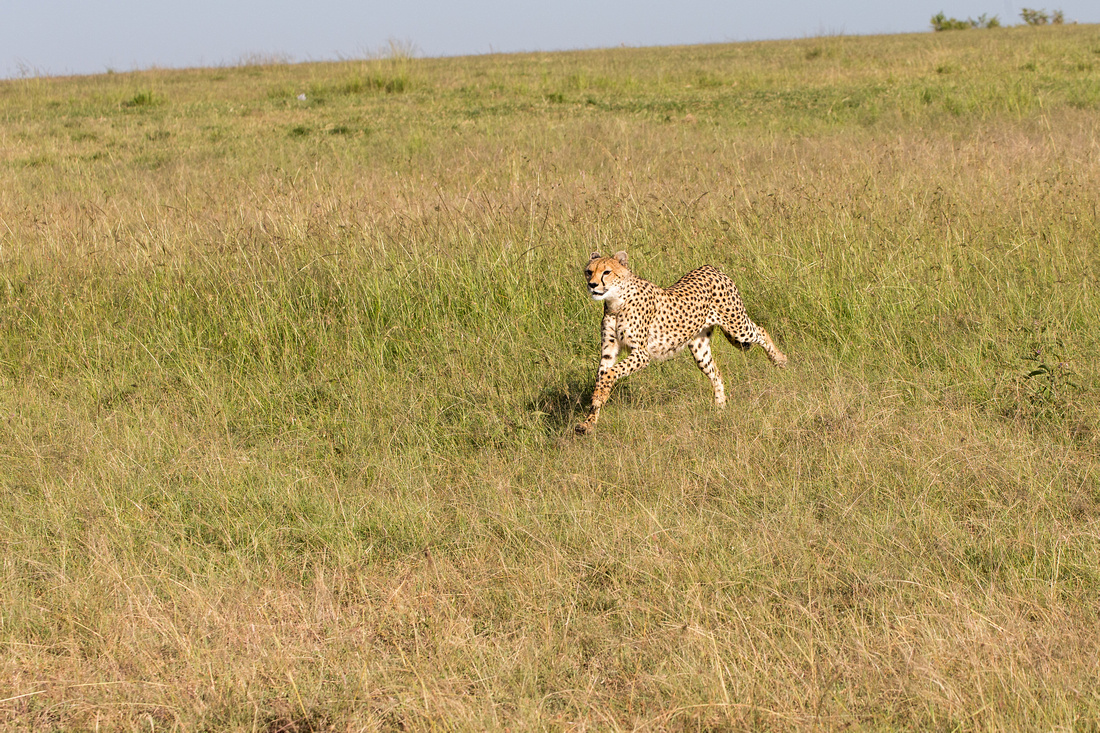 I See the Prey

This is where the challenge of safari in Africa, particularly the Serengeti, shows up.  It is a very big place.  Daniel, our guide, indicated that the Cheetah had seen a baby Impala on the other side of the river and was running to get it.  How he knew this is beyond me, but he demonstrated this skill many times in the week we were with him.  So, he says, we need to cross the river to see the end of the story.  The only problem is we have do drive down the river to find a crossing spot.  So, off we go at full speed, bouncing around the truck.

Just as we get to the other side of the river, Daniel points back to where we were and the two Cheetahs are running up the hill, looking back to see if anyone was chasing them.  They were empty handed.  Daniel says, "there must have been a Leopard on the other side who took the kill away."  I think he knew this because of the radio and someone on the other side...but I'm not sure.

We continue down the other side of the river and come to some thick brush.  Daniel says there is a Leopard in the bushes and to see if we can find it.  Of course, our expert at finding stuff before anyone else, Tony, sees the Leopard in the bush, and sure enough he has the baby Impala. 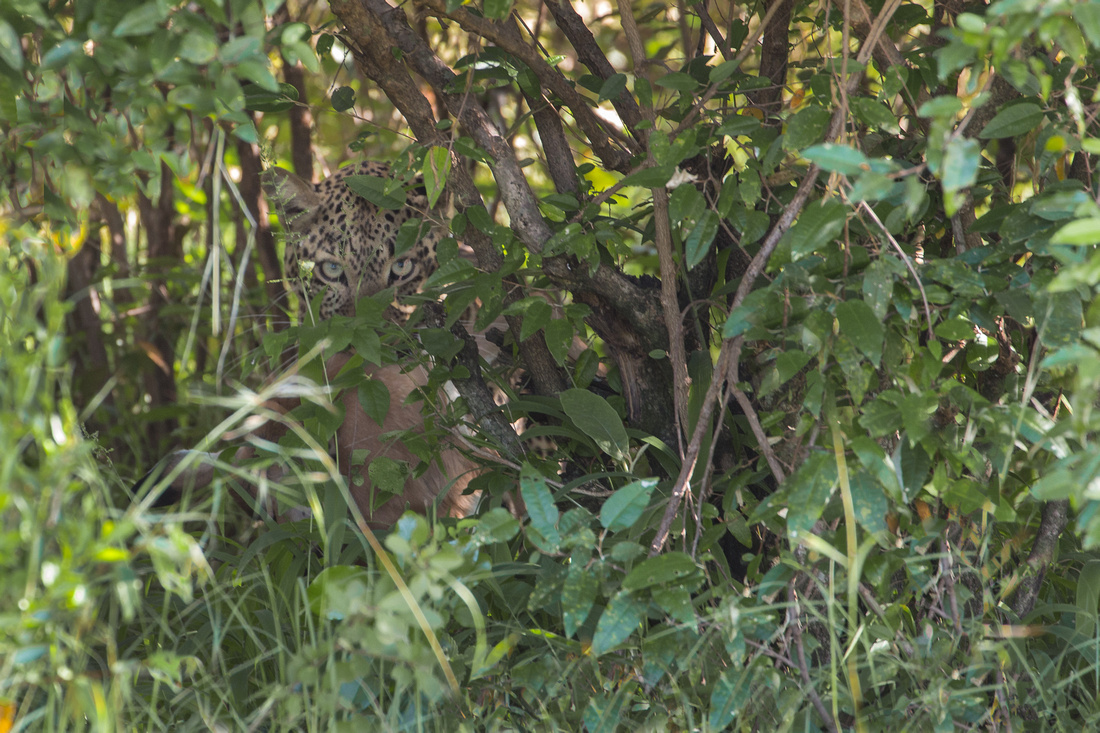 But the Prey is Stolen by a Leopard

Being photographers, we are looking for a good angle and this was the best we had.  Suddenly, the Leopard starts moving behind the bush and finds an open spot. 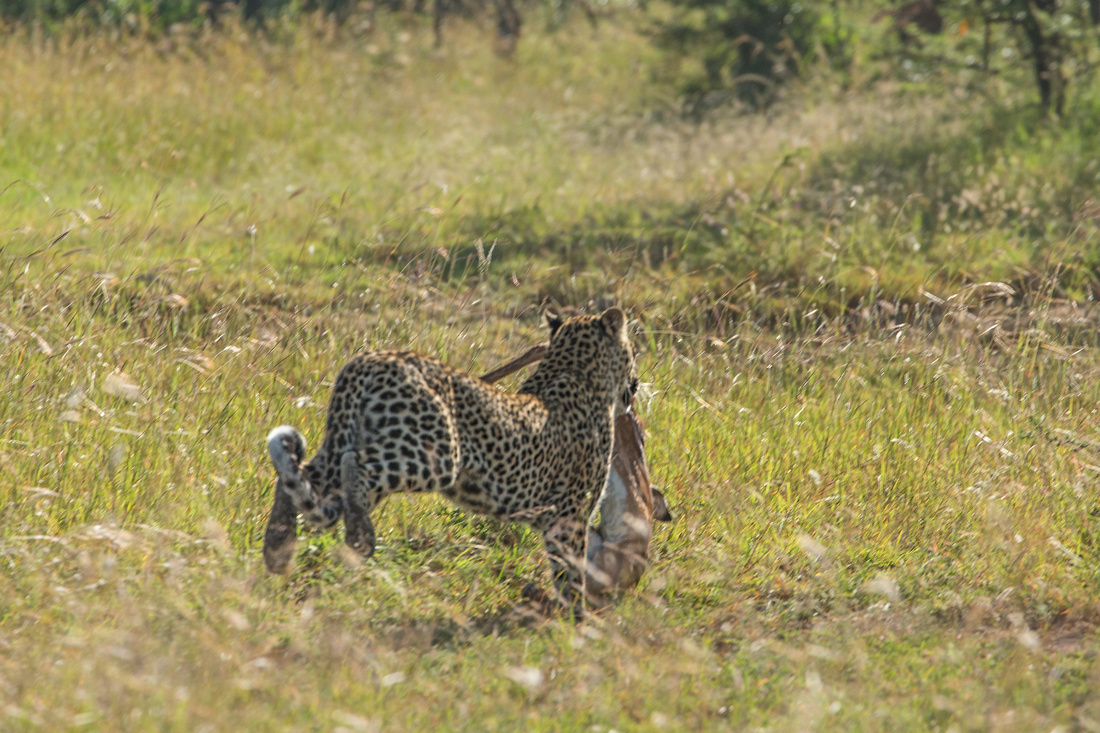 He burst into the open and crossed over to a tree in which he deposited the kill.  He was a shy one for sure.  This picture was a grab shot.  It is out of focus, shows the rear end and generally isn't a great photo.  But, I love it because it brings back the memory of this small, exciting adventure in Africa.  It will help me remember and help me tell the story to the grandkids.  And, to me, this is a more important part of photography than the "perfect" image.