I have recently returned from two weeks in Africa.  Week one was at two camps run by Singita in the Grumeti Reserve area of Tanzania.  It was a private safari arranged by Andy Biggs for a small group of 11 folks.  My wife and I along with two other couples who are friends of ours made up half the group and Andy's past safari participants made up the rest.  As you can see from the link above, the Grumeti Reserves area has a very unique history and story.  For the safari traveler it is particularly nice because this very large conservation area has been restored to its natural state and, since the land is contiguous with the Serengeti National Park, the wildlife has returned.  The safari company that runs the two camps we stayed at runs this concession as a non-profit enterprise.  They have four camps and employ around 700 of the local village folks.  All the profits are put back into continuing the conservation efforts.  We were even taken to an area where a couple of Black Rhino's had been reintroduced.  The hope is that they will again roam the plains after being wiped out by poachers.  They have a unique solution to poaching:  they hired the poachers to patrol the area and apprehend poachers.  Now, apparently, there is very little if any poaching.  The two camps we stayed at were the Singita Explore Tented Camp and Faru Faru.  I will say that these are not budget accomodations.  Since my wife was joining me I felt it was important to add a little to the budget and get comfortable accomodations.  As it turned out, she was very happy.  And, as the saying goes:  happy wife, happy life.

Week two was in Kenya.  One of the couples, my wife and friend Tony's wife left us in Arusha and flew home.  Tony and I went on to Nairobi to connect with another group, this one dedicated to photography in the Mara Plains area, near the Masai Mara National Park.  Two of my favorite tour leaders, Andy Biggs and Charles Glatzer were running a joint photo safari workshop.  We stayed at Mara Plains Toto Camp, part of the Great Plains organization.  This also is in a private conservation area contiguous with Masai Mara National Park. 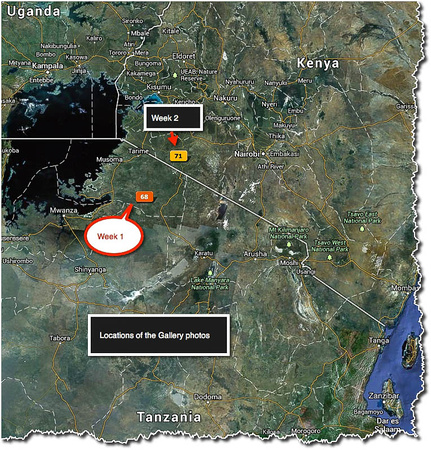 There are two primary advantages of staying in private conservation areas in Africa:  first, there are fewer vehicles chasing the wildlife viewing opportunities.  The camps pay a fee to the land owners for concessions to build and operate.  They limit the number of camps, hence fewer vehicles.  Second, the vehicles are able to drive "off road" to get much closer, in some instances, to the wildlife.  In the national parks you are restricted to staying on the roads.  While they are plentiful, it can still be quite a distance to the high value viewing opportunities.  What this means to photographers is more and better opportunities.  Shorter lenses, moving the vehicles to get the best vantage point with no other vehicles in the frame, etc. all are advantages worth seeking, in my opinion.

So, with this post as the framework to describe my trip, I will add posts to describe many of the opportunities we encountered. 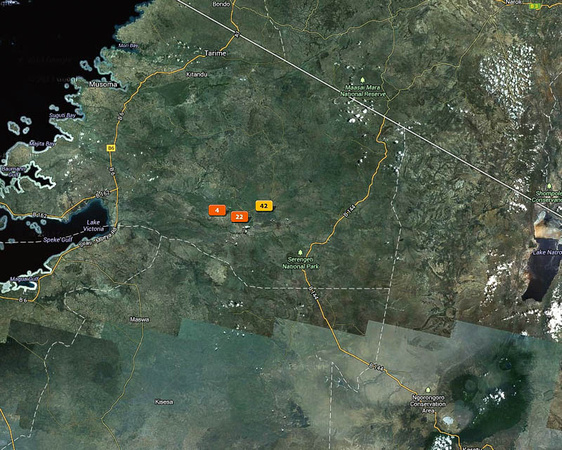 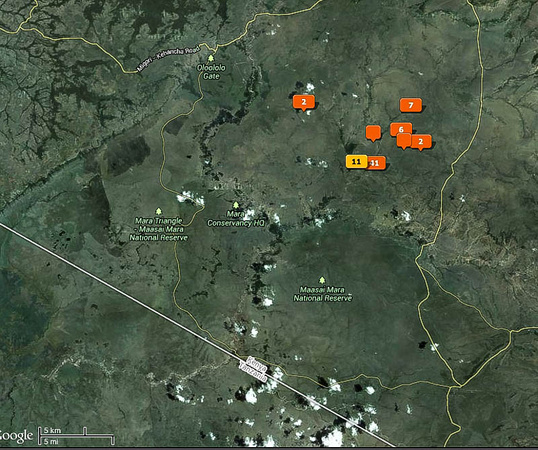