I have been to many workshops hosted by Charles (Chas) Glatzer of Shoot the Light.  My most recent adventure has a family twist to it.

As I age, the prospect of lugging many pounds of gear around the world is becoming increasingly less attractive.  So, I have a plan.  I have a son and son-in-law who like photography.  So, my plan goes like this:  Take them to a couple of exotic locations, bring them to a couple of photography workshops and hope the fire lights so I can get one or both of them to come along and lug my gear!  Brilliant, huh?  So, what is the catch?  Only that they are both married with young children so getting their time is proving to be difficult.  With grandma Johnson reminding me of their commitments fairly regularly, the task is harder still.

But, with some luck and good planning, I was able to bring my son-in-law to a recent Tech session put on by Shoot the Light in Montana.  This particular workshop took place at the Triple D Game Farm, near Kalispell.   It was a four day session that covered all aspects of wildlife photography from envisioning the image to the final steps of post processing.  Chas is a master photographer and a gifted teacher.  What I like most about him is his enthusiasm and willingness, or, more accurately, his passion, for sharing his knowledge.  It is hard to attend one of his sessions and not be fired up with the possibilities for your own vision and photography.

But, back to my story.  My son-in-law seemed to absorb the material and immediately apply it.  Each evening, after the days downloads, he would share a few of his favorites from the day.  Each day, the images shown improved from the day before.  I guess that is the plan behind the workshop.

A few words about Triple D.  When I first heard of the location, while intent on going to work on my overall support objective, I wasn't too excited by the prospect of photographing trained wild animals.  I had this image in my head of someone posing a bobcat on a rock and the photogs firing away.  Wrong.  While there was some posing, there was a lot of action and some of the photography quite challenging.  The keys to this exceeding my expectations boiled down to two:  First, I got to photograph rare wild animals in a natural setting.  I don' think i will be able to find an Amur leopard in the wild, and I know I won't be going to the Himalayas to photograph a snow leopard.  But, there they were right in front of my 70-200 lens.  Also, I can't say enough about the folks at Triple D.  They were energetic, knowledgeable and really seemed to care that we got the shot.  The owner even had our group over for dinner one night.  Now, that's western hospitality.

After four days, a combination of in the field experiences with a dozen different species and classroom tech sessions, I was worn out.  But son-in-law seemed energized.  My plan is working....

The gallery is here, and here is a slide show of a few of my favorites: 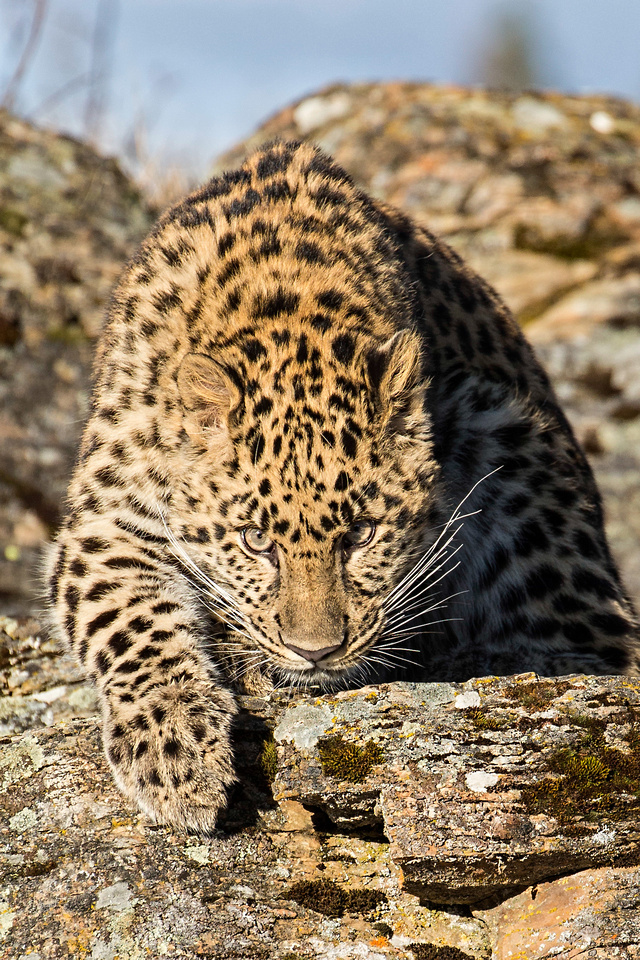 If you ever need to give your son-in-law a break, I'd be more than happy to lug around some big glass for you at an exotic location :-).