I have recently returned from a 17 day adventure to the Falkland Islands.  Located in the south Atlantic ocean, a few hundred miles off the coast of south america, the Falklands offer photographers a rich diversity of subjects and settings.  Although several species of penguins will provide the greatest number of photo ops, there are elephant seals, sea lions, dolphins, orcas and a wide variety of other birds.

I attended a Shoot the Light workshop run by Charles Glatzer.  I have been on many of his trips and this one continued the tradition of a well run trip, a great group of fellow photographers and a wide variety of interesting subjects to photograph.

As you might imagine, getting to the Falklands takes some doing.  It is even more complicated because Argentina fought a war with England over the Falklands 30 years ago and they don't allow regular flights from their country.  So, to get there from south Florida, where I live, entailed:  flight to Atlanta.  Then, a 10 hour flight to Santiago, Chile.  Overnight at the Radisson in Santiago.  Then a 5 hour flight with a stop to Stanley on the main island in the Falklands.  Basically, 2 1/2 days of travel.  Reverse it for the return.  So, is it worth it?

Well, if you like photographing wild birds and animals, many of which are not afraid of man, so you can get full frame portraits with a wide angle lens, and if you like to do this in a setting that has comfortable accommodations, but you are still in the sparsely inhabited wild, and you like the subjects, then a strong YES.

While the galleries are organized around the places we stayed, I thought it would be helpful to share an abbreviated itinerary with you.

We flew to Santiago, Chile, which is a 10 hour flight from Atlanta.  Overnight in Santiago and then fly to the Falklands, stopping in Punta Arenas.  All in all, about 2 1/2 days to get there.  We landed in Stanley and spent two nights at the Malvina House Hotel, rated #1 in Stanley by Trip Advisor.  After a walk about town and a good night's rest we went to Volunteer point on day 2.  I should note that there aren't a lot of roads in the Falklands.  Consequently, there are a lot of Land Rovers and a lot of off roading to get to the photo ops.  This was a 2 1/2 hour adventure.  There are a lot of dirt tracks where others have gone before, but it wasn't unusual to make a new one.  There is also a lot of boggy landscape so the guides needed to be wary of getting stuck in the mud.

Then we flew to Bleaker Island and stayed at the settlement.  I think there might be four residents on the island.  Here I learned that folks actually owned the islands.  The owners were on the island when we were there and the accommodations were comfortable and the food satisfying.

My biggest weather impression of all of the islands was WINDY.  In all but two days the wind blew incessantly.  And, it was strong.  Since many of the photo ops were on or near beaches, it was a constant battle to protect cameras and lenses from the blowing sand.  I was glad I brought LensCoat rain covers for all the lenses.  There were only a couple of days in which they weren't necessary.  Even then, each night we had to brush and blow the gear.  As an aside, only a couple of folks brought brushes.  So, we raided a local grocery store and bought out their stock of basting brushes.  I'm sure they were surprised to see that transaction.  But, they worked well and mine is still in my kit.  Generally, the weather was chilly.  It was the beginning of their summer.  Highs were in the forties and low fifties and lows in the high thirties.  But remember, Windy!

From Bleaker, we flew to Sea Lion Island, where we stayed at the Sea Lion Lodge.  Again, comfortable accommodations and good food.  Sea Lion is a larger island and while there were a lot of photo ops within walking distance, the lodge owners lent us a Land Rover so we good get to some of the more distant points.  I saw my first elephant seal here.  It was too bad that the breeding adults had left the island for the sea by the time we got there but there were a lot of pups and subadults to photograph.  There was a film crew from Discovery Channel making a documentary about the islands and reported Orcas attacking the seal pups one day.  We watched for a repeat performance, but didn't see them while we were there.  It was fun here to get very, very close to Gentoo penguin colonies with wide angle lenses.  Throughout the islands, the birds were sitting on eggs or nurturing chicks.  We saw everything from new born to immature penguins.

From Sea Lion, we flew to Saunders Island.  The highlight was three nights at the Neck.  Another 2 hour off road adventure to get to the Neck and then we stayed in a three room building.  Since there were 3 females and 5 males, the sleeping rooms were split 3 and 5.  I ended up with a mattress on the floor.  But, the travel agency sent a huge box of pre packaged and pre cooked food so we had plenty to eat.  The building was tight and comfortable.  The days are very long at this time of the year so you spend a lot of time outside.  My thoughts were always, I spent a lot of time and effort to get here, might as well take advantage of the long days.

From Saunders, back to Stanley with a short trip out to volunteer point and our final night in the islands at the Malvina House.  The next day we flew back to Chile, a night in Santiago (plane was late and we got to our hotel at 3 a.m.) and then back to the states the following night.  17 days.

One final note, at all the places we stayed, except Saunders, we had wifi internet access.  It was quite expensive and fairly slow, but considering where we were, I found it amazing.

Quite a place, the Falkland Islands.

Here are a few of my favorite images from the trip. 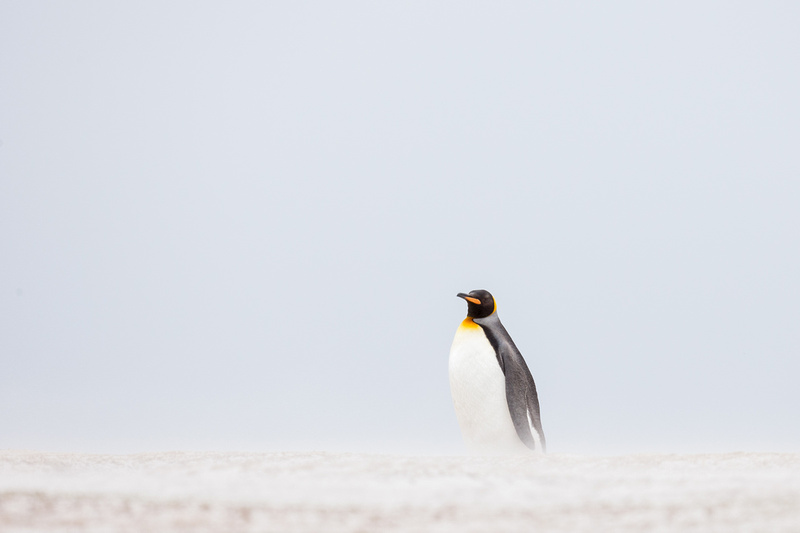 And, here are a few images from the different places we stayed.

And, of course, the galleries are here