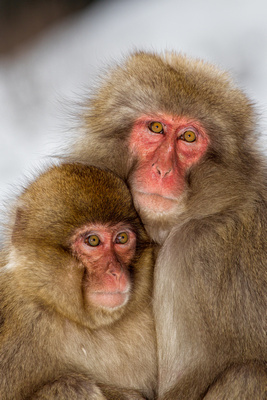 In February, I joined Charles Glatzer and five other photographers in Japan for a Shoot the Light workshop. (www.shootthelight.com)

We arrived at Tokyo after a very long flight from Fort Myers to Atlanta to Tokyo.  Our local guide met us and we transferred by bus to our hotel.  We spent the next day touring the Meiji Jingu Shrine and photographing Mandarin Ducks in a pond on the grounds.

The next day we bussed to the Jigokudani Monkey Park which is located in the Nagano Prefecture.  We had a partial day of photography and the next two days.

Then, off to the airport where we flew to Kushiro on the island of Hokkaido.  We stayed in the town of Rausu at a charming place called the Canadian Log House.  It was a mixture of traditional Japanese and western accommodations (read sleep on a bed or on a futon on the floor).

That afternoon and the next two mornings we headed by bus to the harbor where we boarded a tourist boat that would take us out to the pack ice to feed the eagles.

The Stellar and White Tailed sea eagles were spectacular.  There were hundreds of them and we were able to photograph many varied behaviors. 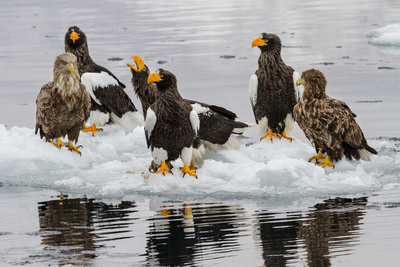 A Bunch of Eagles

Next, we stopped at Lake Kusharo and photographed Whooper Swans.  We were on our way to photograph the Japanese Red Headed Cranes.  We spent the next three days at the Akan International Crane Center and a couple of other places nearby. 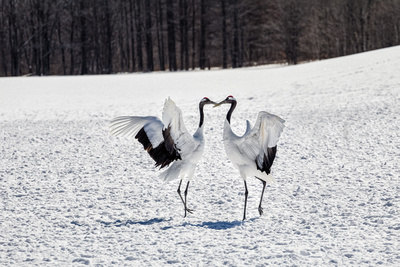 Life over the 11 days was full of activity.  We were up early and all of the waking hours were full of travel, eating or photography.  The food in rural Japan is quite varied with an emphasis on rice and seafood.  I got pretty good at using chopsticks as the trip wore on.

Our group was quite experienced, both as travelers and photographers.  Everyone was congenial and I felt the group chemistry was good.